"Fantastic event!" - that is the all-round tenor of the first Salzburg Business Forum on May 5th at the Congress Salzburg. "Salzburg was urgently in need of something like this", "pleasant openness and clarity of the topics discussed", "it was more than worthwhile to be there!", "I'll be back", "how can you become a partner? ", these are the many enthusiastic feedbacks of the participants of the Economic Forum Salzburg, organized by the Federation of Austrian Industries Salzburg in cooperation with renowned partners (Salzburger Sparkasse, Salzburger Nachrichten, ServusTV, Spar AG, Palfinger AG, Fabasoft AG, Markas GmbH, University of Salzburg, Salzburg University of Applied Sciences, MCI | The Entrepreneurial School®, etc.).

The concluding panel discussion with speakers, top executives from the University of Salzburg and the University of Applied Sciences as well as IV President Peter Unterkofler rounded off an all-round successful business forum with a fireworks display of topics, impulses and insights.

The event ended with a flying buffet and fine wines, provided by Salzburg-based Spar AG, allowing guests to explore topics in greater depth, make contacts and create ideas for the future. 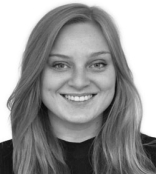