Our lecturer Assoc. Prof. Matthias Janetschek, PhD takes us into strange new worlds of IT

Virtual Reality and Augmented Reality are currently on everyone's lips. There is hardly anyone who has not tried out a pair of virtual reality glasses at least once. In this interview, our lecturer Matthias Janetschek, PhD reveals how VR & AR are driving digitalization and how he introduces his DiBSE students to this exciting topic!

Professor Janetschek, VR & AR are often mentioned in the same breath. However, there are significant differences here. Can you briefly explain them to us?

In the meantime, there are actually three terms that people are talking about: VR, AR and mixed reality. When you can't see anything from the outside world, when the real world is replaced by the virtual world, then we're talking about VR. AR enriches real reality with additional information. A classic example of this are AR glasses, where arrows are displayed for navigation. Mixed reality is a mixture of both, virtual objects are superimposed on the real world. An example: You are standing in an empty room, you want to furnish it, and furniture, for example, is displayed in this empty room.

What makes the Virtual & Augmented Reality experience so special for you?

This fascination already started in my youth. VR has long been a dream scenario for many passionate computer gamers like myself. I discovered my passion for computer gaming around the turn of the millennium and it was a big dream of mine to be able to play in the virtual world. Normally, you see the game world as if through a window, as a passive observer. VR, on the other hand, transports you directly into the action: You're not just there, you're in the middle of it. This feeling is not so easy to describe in words, you simply have to experience it! It is no coincidence that the first commercial VR glasses originated in the gaming sector and that the first major consumer applications were computer games.

Where are these technologies already being used successfully and which industries can benefit from them in particular?

The gaming industry is definitely one of the big winners. Furthermore, all areas that have to do with training/education of employees will benefit. Before these technologies came into the consumer sector, the biggest applications were aircraft simulators in the military sector. Now trainings benefit that would normally require expensive equipment or be relatively complicated to perform, e.g. firefighters. A real fire would be difficult to set. Under the premise of wanting to conduct training safely, VR is used, along with special equipment such as vests that can simulate heat. The automotive industry is also one of the beneficiaries. Here, the cost factor, among other things, plays a central role. In the past, expensive prototypes had to be produced, whereas nowadays cheap virtual models are used. In addition, several designers working on a vehicle can create a 3D model together, regardless of where they are working. We are talking about remote collaboration here.

In which direction will VR & AR continue to develop?

The hardware is getting better and better. The representation of the virtual world is getting better and better, i.e. the resolution of the glasses is getting higher and the computing power for the calculation of the graphic representation is getting more and more. VR & AR will penetrate further areas in the future, especially in consumer areas for applications that we can't really imagine today. In the future, for example, it will be possible to try on shoes or clothing virtually in advance when shopping online. All that is needed is a pair of VR glasses, which will be available at a reasonable price in the future. The topic of teleworking will also be of great importance in the future, driven by current developments in connection with the global pandemic.

How do you bring these topics closer to your students?

That's a good question. To understand VR, you have to try VR. There's no way around it! I like to do that through a playful approach by letting students try out a wide variety of scenarios and games. The controls in VR are relatively unfamiliar, completely different from the conventional input via keyboard and mouse. Instead, you use three-dimensional movements. Finding the best concepts here is a matter of trial and error. Google Earth, for example, offers an exciting experience for students. I put the glasses on my students and give them the task of navigating to Innsbruck and finding their way there on their own. The students were very enthusiastic about this experience. Very few are familiar with high-quality applications. Some already have experience with the Google Cardboard, low quality applications and they are then really amazed at how good real VR can be.

Mr. Janetschek, thank you very much for this journey into the otherworld! 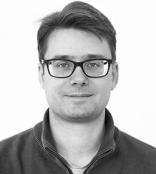