Management, Communication & IT Master’s student Raphael Weidhaas presented the research paper "Watch This! The Influence of Recommender Systems and Social Factors on the Content Choices of Streaming Video on Demand Consumers" at the "16th International Conference on Information Systems" in March 2021. This paper was developed in the course of a bilateral research project with our partner institution University of Jyväskylä.

Users behave completely differently with video streaming services such as Netflix, Amazon Prime Video, etc. than they do with traditional media as for example television or cinema. In short, it used to be that you had to decide beforehand what you wanted to watch and then buy a DVD, rent it or go to the cinema - today users pay a monthly fee and have access to tens of thousands of titles around the clock. These circumstances are changing usage patterns: The feeling of opening Netflix and not knowing what to watch because of all the choices is a well-known phenomenon. A literature search showed that usage behavior in the area of television and cinema has been researched in great detail, but there were still large research gaps in the area of streaming. Older studies found that social factors such as word-of-mouth communication, online word-of-mouth communication, and peer mediation have a major impact on title selection. In streaming, however, an opposing factor is added: Recommenders systems, which use algorithms to try to replicate these very factors. A classic example is the "Most viewed" or "Your friends are watching" categories on streaming services. The decisions of these recommender systems are often made with commercial ulterior motives.

The objective of this study was to determine whether the influence of these recommender systems is greater on the selection of titles than the social influence factors already explored. Based on known research models and previous studies, a new research model and associated hypotheses were established. Based on the model, a questionnaire was created, distributed through different channels in Austria, Germany and Finland and evaluated using a structural equation model, thus answering the research question.

The result of this study is that social factors still have a stronger influence on the selection of a title than do recommender systems, even though the difference is not particularly large. The most important social influence in this case is peer mediation, i.e. communication with family, partners, close friends and/or relatives. In the case of recommender systems, respondents also found the quality of the recommended titles to be the most important.

Subscription video on demand services such as Netflix & Co. are media that have enjoyed great popularity in recent years. Almost everyone has at least one or even several streaming accounts. As described before, this change in behavior leads to well-known problems. One of the biggest problems is being overwhelmed by the large selection. Added to this is an ethical factor: nowadays, life is increasingly influenced by algorithms. This influence is often so ubiquitous that users no longer even notice it. However, companies can use this to influence decisions, opinions and preferences. In the field of streaming, scientists are already arguing that it is often no longer users who decide which title is watched, but the producers of the title themselves. Research into user behavior not only helps to strengthen these arguments, but also to question and publicize such commercial influences. Especially in times of pandemic output restrictions, people interact more and more with online media, so according to Raphael Weidhaas it is more important than ever to deal with such issues.

In terms of the underlying work, there were a number of practical benefits from bilateral research: The distribution of the questionnaires in different countries helped to increase the sample of responses and provided a wider spread among the participants. In this case, the results of the study do not only refer to a single country, but to a larger area. In addition, such an approach also allows a cultural comparison among the answers, which was dealt with in Raphael Weidhaas' Bachelor Thesis, but not in this paper. 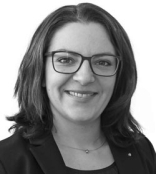 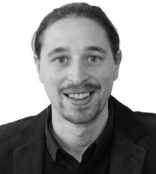