Ana Desnica is a student of the Master's program in Social Work, Social Policy and Management and is spending her semester abroad in Sarajevo at the University of Sarajevo, Faculty of Political Science, in Bosnia and Herzegovina.

At MCI, students have three opportunities to experience international outreach:

Ana gives us some impressions from Sarajevo and reports about her experiences during her semester abroad:

My parents are originally from Croatia and Bosnia-Herzegovina respectively, which is why it has been my wish to live in one of these countries for some years now. That's why I wanted to spend my semester abroad in Southeastern Europe, where MCI unfortunately doesn't have a partner university, which is why I only had the option of going to Bosnia-Herzegovina as a freemover.

In this regard, the city of Sarajevo has always fascinated me the most because it is considered a melting pot of so many different influences, not only between East and West, but also with regard to the successor states of former Yugoslavia and their political and cultural heritage. The semester abroad was the perfect opportunity for me to fulfill this wish.

The way I have experienced Sarajevo so far, the city strikes me as a place of transition between East and West, between metropolis and provincial town, between wealth and poverty, between order and chaos, between war and peace. Sarajevo seems to be an in-between space that generates a lot of energy as well as creative power and creativity. The "Sarajlije" (inhabitants of Sarajevo) identify very strongly with their city, not least because of its history, and care little about ethnic dividing lines and other conventions. Rather, from my point of view, community spirit and open-mindedness characterize urban coexistence, which has a wonderfully inspiring effect.

The biggest difference between the host university and the MCI is probably the university infrastructure, but also the orientation and perspective of the various fields of study, which are sometimes very different from those at the MCI due to local conditions, the geographical location and the political background of the area.

The lectures at the University of Sarajevo take place in presence and also otherwise there are few restrictions in everyday life with regard to Covid-19.

The only challenge during my semester abroad so far is the air pollution. Sarajevo is located in a valley in the Dinaric Mountains, which resembles a cauldron and from which the polluted air can hardly escape. Especially in the winter months, the city is one of the capitals with the highest levels of particulate matter in the world, even ahead of the smog metropolises Mumbai and Beijing, for example.

Sarajevo is an incredibly vibrant city that holds so much potential to inspire. Even though Bosnia and Herzegovina is often associated with mass unemployment among young people, emigration and a so-called "lost generation," subculture and political activism flourish in the capital. There are numerous young people who are trying in a very creative way to fight the hardened structures and to shed the legacy of their parents and thus the consequences of the war.

The result is a vibrant young scene, extraordinary encounters and a broader perspective on social and political, but above all on European issues. It would be nice if more people would get a picture of Sarajevo and Bosnia and Herzegovina themselves, be it as tourists or exchange students, in order to be inspired by the colorful and warm-hearted coexistence of the "Sarajlije". 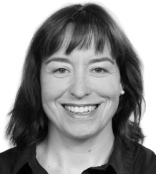