Ethiopia as an emerging country

Our head of the department, Dr. Belachew Gebrewold, used his expertise as a political scientist to shed light on the current political and economic situation of Ethiopia with his contribution "Ethiopia as an emerging country, climate change, COVID19 and war as a problem".

In the following interview, Belachew Gebrewold also answers some questions about this topic for the study program:

1. How do you assess the current political and economic situation in Ethiopia?

Prior to Corona and before the outbreak of war in early November 2020, the Ethiopian economy was growing very well as one of the fastest growing economies in the world. However, it has been affected by the war. The conflict has had a massive political impact: armed conflicts between regions and ethnic groups have increased; resources are being diverted toward war; many people have been killed and displaced.

2. What is your expertise in assessing the current political and economic situation in Ethiopia?

In my postdoctoral thesis, I dealt with conflicts in various countries in Africa. They are part of my research focus. I still do a lot of research and publishing on this topic.

3. What is the relevance of the current political and economic situation in Ethiopia to our Social Work program?

It is important that Social Work students know more about the causes, dynamics, and consequences of such war and learn what Social Work can contribute.

4. To what extent can interested applicants to the Master's program in Social Work, Social Policy and Social Management deepen their understanding of the topic in the course of courses?

The causes and consequences of war are analyzed using the example of such wars. It is discussed whether and which human rights are violated. The positive role that Social Work can play here in order to protect those in need of protection will be discussed.

Belachew Gebrewold is the head of department & studies at the Department of Social Work at MCI | The Entrepreneurial School®. 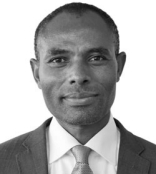